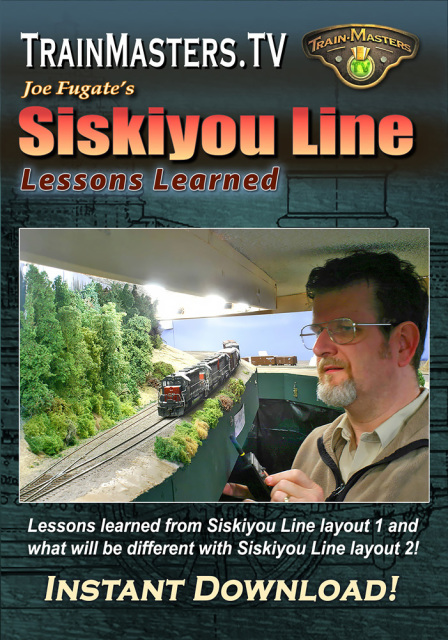 January of 2017, Joe Fugate announced in MRH magazine that he elected to dismantle his current Siskiyou Line. In this video, find out why Joe made this decision and learn about the new Siskiyou Line 2 that will replace the old layout. Joe candidly talks about the good, the bad, and the ugly of his old layout and how the new modular SL2 will improve upon it.

​Also available as a DVD.