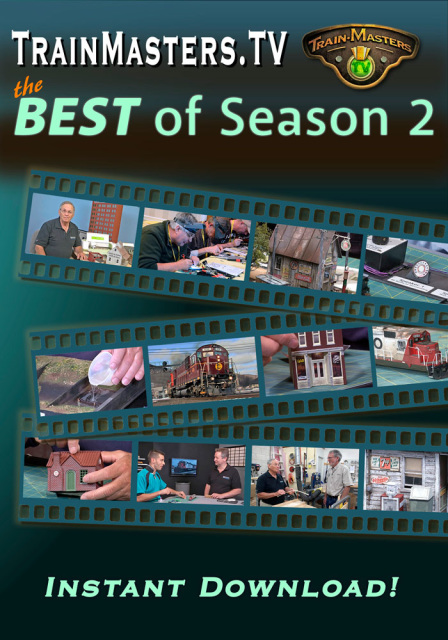 Here are sixteen of the best episodes from the second season of TrainMasters TV. These episodes cover the gamut from prototype railroading to timeless train show reports and in-studio how-to demos with some of the best hobby experts.

​Also available as a DVD.

Sample episode preview from this video ...

Buy this video
Best of TMTV Season 2 topics include: